War Memorial Stadium is a living tribute to all Arkansans who have paid the ultimate price in the line of duty for their country. While the Stadium itself is one large memorial, another tribute stands tall in appreciation to the fallen soldiers of Arkansas.

Sturgis Veterans Plaza was established as part of the rededication of the stadium in 2008. The plaza sits on a granite circle that measures 40 feet around. A 25 foot “Stars and Stripes” sculpture designed by Kathleen Caricof is the centerpiece of the plaza. Five granite stars rise from the center of the plaza to represent each branch of the military. Funding for the plaza was provided by Roy and Christine Sturgis Charitable and Educational Trust. Sturgis Veterans Plaza is located on the west side of the stadium at the corner of Fair Park and Markham. 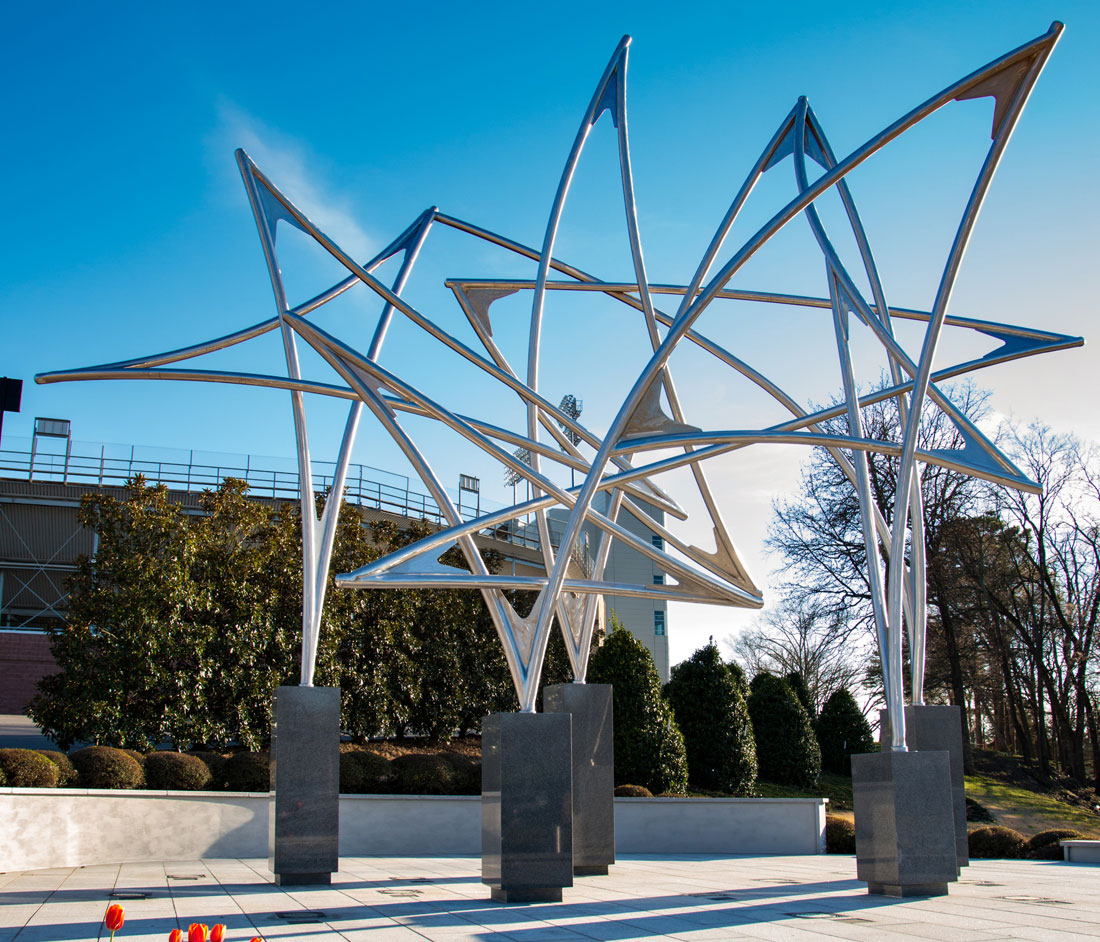